Poynter - Kevin B. Lee: Filmmaker, Journalist, and Critic; THEORY/PRACTICE: Expanding Scholarship in the Age of Digital Media: “Dreams and Terrors of Desktop Documentary” 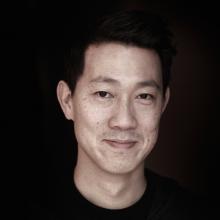 How does a computer screen explore the world? “Desktop documentary” treats the computer screen as both a lens and a canvas to dramatize and interrogate the digital interface. This presentation uses desktop-based methods as a mode of videographic research and film production, in projects exploring cinematic and post-cinematic affect, participatory viewership, and the political aesthetics of online media circulation. A sample of desktop-based video essays will be presented: the online reconstruction of an inaccessible James Benning film; the search for an ISIS social media heartthrob; and the geopolitics of viral drone footage of the Syrian War.
Kevin B. Lee is a filmmaker, journalist, and critic who has made over 360 video essays exploring film and media. His award-winning “Transformers: The Premake” pioneered the “desktop documentary” form and was named one of the best documentaries of 2014 by Sight & Sound Magazine. His work has screened at international venues such as the Rotterdam International Film Festival, the Viennale, the Berlin Film Festival Critics Week, the Austrian Film Museum, the Museum of Modern Art and the Museum of the Moving Image. In 2017 he was the first Artist in Residence of the Harun Farocki Institute in Berlin. He was Founding Editor and Chief Video Essayist at Fandor, supervising producer at Roger Ebert Presents At the Movies, and has written for The New York Times, Sight & Sound, Slate and Indiewire. He teaches at the Merz Akademie in Stuttgart, where he is launching a new Cross Media Publishing
curriculum.