“The Political Influence of the Police in American Cities,” Steven White, Syracuse University 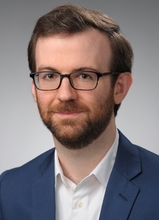 Abstract: How do the police try to influence politics? In this project, I use historical case studies to trace the emergence and development of modern police political activities (issues and tactics) over time. Starting with New York City as a theory-building case, I describe how the political involvement of the police there, while initially focused on issues like pensions and wages, eventually shifted to more contentious issues related to race and civil rights, a change that resulted from a confluence of local and national factors between 1958-1964. Police protest activities also developed from subtle tactics (like signing paychecks with the phrase “under protest”) to more combative ones (like pickets, petitions, and the threat of strikes). Perhaps more controversially, police organizations also began to endorse political candidates and engaged in a public campaign, culminating in a contentious referendum vote, to stop civilian oversight of police misconduct in 1966 (an issue that would again be protested by police, although unsuccessfully this time, decades later). I conclude by describing some general theoretical principles derived from this work that might be applied to other cities to assess what factors explain variation in police political behavior across cases, as well as within cases over time.

Steven White is an assistant professor of political science at Syracuse University. His research examines race and American political development. He is the author of World War II and American Racial Politics: Public Opinion, the Presidency, and Civil Rights Advocacy (Cambridge University Press, 2019).