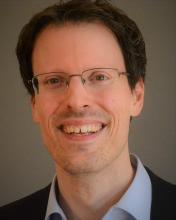 Abstract: An emerging literature uses regression discontinuity designs (RDD) in combination with state voter records to draw inferences about the effects of electoral reforms or habit formation on voting rates. Such studies typically compare voter turnout of young Americans whose 18th birthday falls shortly before election day with those who turn 18 shortly after. Using a large dataset of official U.S. state voter records and birth count data, I show that for some states the more consequential discontinuity in voter turnout is not around the election day, but rather around the registration deadline 30 days earlier. I also show that this difference has serious policy implications. Electoral reforms such as voter preregistration that were previously thought to be effective are much less so. On the other hand, policy features that were previously overlooked – especially misleading information about the registration requirements for first-time voters – are highly consequential. They strongly depress voter turnout both in the immediate, and also in subsequent, elections among this group of voters, turning many of them into habitual non-voters.

Alexander Held is a Ph.D. Candidate in Political Science at the University of British Columbia and a Fox International Fellow at Yale University’s MacMillan Center. He uses experimental and quasi-experimental methods to study the effects of political institutions and political framing, with a particular focus on voter turnout of poor and young voters and on support for anti-immigrant, far-right parties.