“Out-of-district Contributors and Representation in the US House of Representatives,” Brandice Canes-Wrone, Princeton University 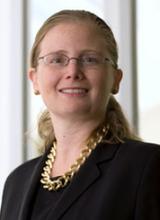 Abstract: Research suggests United States (US) House members are increasingly reliant on out-of-district individuals for fundraising. Yet we lack evidence on how such donations might affect representatives’ policy decisions, and existing work suggests contributions from organized political action committees (PACs) do not influence roll call behavior. This paper examines whether House members’ roll call voting is responsive to individual donors, and how any such responsiveness relates to out-of district donations and district ideology. Three main findings emerge. First, members are responsive to the policy preferences of the national donor base of their party. Second, this responsiveness is positively associated with the ideological favorability of the district; in fact, this finding holds even when the shift in favorability is exogenously induced by redistricting. Third, the higher the percentage of out-of-district contributions a member has received, the greater is their responsiveness to the national donor base.

Brandice Canes-Wrone is the Donald E. Stokes Professor of Public and International Affairs and Professor of Politics at Princeton University. Currently, she serves as the Director of the Center for the Study of Democratic Politics (CSDP). In 2016, she was elected a member of the American Academy of Arts and Sciences. She has written extensively on issues related to American politics, political economy, and elections. Some of her recent writings include “Ideologically Sophisticated Donors: Which Candidates Do Individual Contributors Finance” (American Journal of Political Science), “Judicial Selection and Death Penalty Decisions” (American Political Science Review), and “Elections, Uncertainty, and Irreversible Investment” (British Journal of Political Science). The author of the award-winning Who Leads Whom? Presidents, Policy, and the Public (University of Chicago Press), she continues to write on the presidency. Other current research includes the influence of campaign donors on congressional representation, the economic effects of policy uncertainty, and the impact of judicial elections on case outcomes.