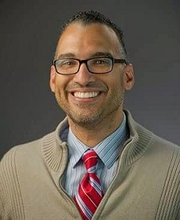 Abstract: Over the past three decades, the omnivore thesis has become one of the most widely studied phenomena in the sociology of culture. Its empirical claim, that people with the highest educational attainment and socioeconomic status have broader tastes, is now well-established. The theoretical model underlying this relationship, however, is less clear. Is taste a deeply embodied aesthetic disposition? Is it, instead, a performative discursive structure? Are members of high-status groups cultural connoisseurs? This paper leverages a mix of original music production and survey experiments to tease out possible mechanisms underlying the omnivore phenomenon, focusing on the difference between openness toward abstract genre category labels and openness regarding “experienced” exemplars. Like others, we find strong evidence for the omnivore thesis: when asked about what they liked, higher-educated participants provided, on average, more positive evaluations of genre category labels as their avowed taste. And yet, the relationship between participants’ avowed tastes and appreciation of musical exemplars was affected by their social position. While we find no support for the notion that people with higher cultural capital act as connoisseurs, we find strong support for the notion that omnivorous consumption is category-mediated, not based purely on embodied taste. High cultural-capital participants became more omnivorous in their evaluations when exemplars were labeled with genre category terms, and their tastes towards particular categories became more tightly clustered. Moreover, this difference goes in the opposite direction for genre aficionados, who rated labeled exemplars less positively. Thus, we can isolate a “performative categorization effect.” The omnivorous taste of people with high cultural capital is anchored in explicit category systems. Our results suggest that people with different levels of cultural capital not only have different tastes but that the mechanisms that produce “taste,” and thus its very meaning, differ across groups.

Omar Lizardo (He/Him) is the LeRoy Neiman Term Chair Professor in the Department of Sociology at the University of California, Los Angeles. He studies Culture, Cognition, Networks, Consumption, Institutions, Organization, and Social Theory. His recent publications have focused on the implications of the neuroscience of motivation for role theory, the co-evolution of social networks and group affiliations, the role of Chance in Max Weber’s and Pierre Bourdieu’s sociologies, the role of habit in the explanation of action, the internalization of culture, and the dynamic evolution of face-to-face social groups and opinions. He serves on the editorial board of Social Forces, Sociological Theory, Sociological Forum, Journal for the Theory of Social Behaviour, and Poetics. He is also a member of the Board of Reviewing Editors for Science.

This workshop is open to the Yale community and will be held in person. To receive regular announcements and attendance information, please subscribe to the seminar series at https://csap.yale.edu/computational-social-science-workshop.