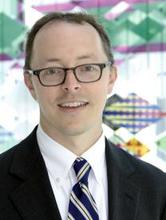 Abstract: Can politicized, market-based policies generate policy feedbacks? The Affordable Care Act (ACA) is complex, relying partly on new exchanges, subsidies, and penalties to increase health insurance enrollment. Yet prior research focuses on changes to Medicaid, a pre-existing program. We employ several data sets–including a rolling cross-sectional survey (n=117,000) and a novel, population-based panel–to assess the impacts of the exchanges and individual mandate on public opinion. Descriptive analyses demonstrate that exchange users are more supportive of the ACA. However, subsequent analyses using various inferential strategies indicate that the exchanges’ overall causal effects were limited. These limited feedback effects are due to heterogeneity, not invisibility: exchange users connected positive experiences with ACA opinions, but these were offset by price spikes and concentrated, negative attitude changes among the uninsured.

Daniel J. Hopkins is a professor in the Department of Political Science at the University of Pennsylvania. His research focuses on American political behavior and public opinion, with particular emphasis on state and local politics, racial and ethnic politics, and research methods. He also writes periodically for FiveThirtyEight.com.