“A Nonparametric Projection-based Estimator for the Probability of Causation,” Maria Cuellar, UPenn 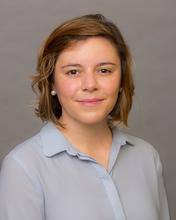 Abstract: Researchers often need to determine whether a specific exposure, or something else, caused an individual’s outcome. To answer questions of causality in which the exposure and outcome have already been observed, researchers have suggested estimating the probability of causation (PC). PC is especially important in court, for example in class action lawsuits, and in public and health policy, for example in determining who has benefitted most from a program. However, the current estimation methods for PC make strong parametric assumptions, or are inefficient and do not easily yield inferential tools. In this talk, I will describe an influence-function-based nonparametric estimator for a projection of PC, which allows for simple interpretation and valid inference by making only weak structural assumptions. I compare my proposed estimator to the current plug-in methods, both parametric and nonparametric, by simulation. Finally, I present an application of the proposed estimator by using data from a randomized controlled trial in Western Kenya.

Maria Cuellar is an assistant professor at the University of Pennsylvania Criminology Department. She received her PhD in the joint statistics and public policy program at Carnegie Mellon University, and she later completed a postdoctoral fellowship at Penn. She has a Master of Science in statistics and a Master of Philosophy in public policy, both from Carnegie Mellon, and a bachelor’s degree in physics from Reed College. Maria’s research focuses on causal inference and data analysis in the law. She is also a researcher at the Center for Statistics and Applications in Forensic Evidence, where she studies how statistics can improve forensic practice. She recently won the Norman Breslow award, which is the top paper young investigator award from the Statistics in Epidemiology Section of the American Statistical Association.

The workshop is open to Yale faculty, students, and professional staff only.