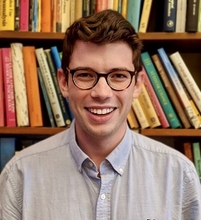 Abstract: As presidential aspirants transition into taking on “the hardest job in the world,” they must determine which domestic policy issues they will focus on and in what order they will tackle them. Prior systematic work on this topic has been limited and has yet to evaluate which issues the president acts upon in the context of the alternatives he could have pursued, generating analyses that highlight singular elements of the external political environment the president confronts in determining his objectives (specifically public opinion or congressional majorities). I propose a new explanation that emphasizes the importance of a president’s “theory of political capital” – and how it interacts with a broad array of constraints – in shaping the executive’s domestic policy docket. I explore this theory through a “hard test” of it – the administration of George W. Bush. This case illuminates how presidents may be as prone to defy the constraints of their circumstances as they are to cave to them, raising normative concerns about a potential inverse relationship between support for the president and the power they assert.

Jack Greenberg is a doctoral candidate in political science at Yale. He is chiefly interested in the American presidency and interbranch relations over time. His dissertation research concerns presidential prioritization, the process by which presidents and their teams move from a campaign agenda to a governing agenda. Additionally, he has ongoing projects concerning congressional delegation of power to the executive and presidential self-restraint. Originally from New Haven, he returned to the Elm City after graduating from Williams College in June 2018. At ISPS, he coordinates the Dahl Research Scholars fellowship.