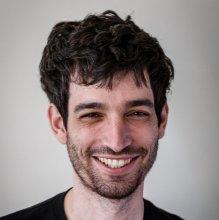 Abstract: Social media has increasingly become an important source of news consumption, yet limited evidence exists on its causal effect. I conduct a field experiment, manipulating participants’ social media feeds to measure the effects of social media news consumption on political opinions and political behavior. Data is collected on the entire chain of media effects: subscription to an outlet, exposure to content, consumption of news articles, persuasion and political behavior. Preliminary results show that individuals are willing to consume cross-cutting news, however, exposure is mitigated by the filter bubble characterizing social media. I also show that the behavior of participants is affected by the treatment as they are more likely to share posts from outlets randomly offered in the experiment. I am currently conducting a follow-up survey which will allow me to analyze when participants are persuaded by news they are randomly exposed to.

Ro’ee Levy is a Ph.D. candidate in the Economics department at Yale University. His research focuses on political economy and environmental economics. He is currently conducting field experiments studying the effect of social media news consumption on political opinions and behavior.