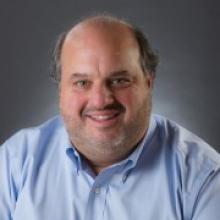 Emotional behavior is often thought to be elicited by sensory stimuli that predict impending rewarding or aversive outcomes. The brain is thought to enable appropriate emotional behavior by providing a neural representation of the relationship between previously neutral stimuli and these reinforcement outcomes; by using this type of representation, a range of physiological, behavioral and cognitive responses can be coordinated in a manner appropriate for any given emotional state. The ability to update representations of anticipated reinforcement in an ever-changing environment is critical to normal adaptive emotional behavior. Most prior studies have focused on investigating the updating of emotion by using behavioral paradigms involving learning, whether through conditioning procedures or extinction. However, a critical aspect of the regulation of emotion in humans is the use of novel cognitive constructs – or concepts – to control responding to reinforcement-predictive stimuli. This talk will first focus on describing neurophysiological mechanisms that may underlie the cognitive process of abstraction, a process critical for emotion regulation yet poorly understood and under-studied.

The second part of the talk will focus on a different type of stimulus that can elicit emotional responses — social stimuli. The social brain hypothesis posits that dedicated neural systems process social information. In support of this, neurophysiological data have shown that some brain regions are specialized for representing faces. It remains unknown, however, whether distinct anatomical substrates also represent more complex social variables, like the hierarchical rank of individuals within a group. I will present data indicating that the primate amygdala encodes the hierarchical rank of individuals in the same neuronal ensembles that encode the rewards associated with non-social stimuli. By contrast, orbitofrontal and anterior cingulate cortices lack strong representations of hierarchical rank while still representing reward values. These results challenge the conventional view that dedicated neural systems process social information. Instead, information about hierarchical rank – which contributes to the assessment of the social value of individuals within a group – is linked within the amygdala to representations of rewards associated with non-social stimuli.

Daniel Salzman is a Professor in the Departments of Neuroscience and Psychiatry at Columbia University. He received his M.D. and Ph.D. in Neuroscience at Stanford University. His Ph.D. dissertation, undertaking in the laboratory of Dr. Bill Newsome, investigated neural mechanisms underlying perpetual decision-making. He subsequently completed an internship and residency in Psychiatry at Stanford University Hospital. In 2001, he moved to Columbia University assuming a position as Assistant Professor, where he has remained ever since. Dr. Salzman’s lab focuses on understanding how the brain represents and utilizes cognitive and emotional behavior, processes that go awry in different ways in psychiatric disorders.

The Behavioral Sciences Workshop is an interdisciplinary seminar series featuring speakers of broad appeal in the behavioral sciences. The workshop is held jointly between the Yale departments of Economics, Political Science, Psychology, and the School of Management (SOM). The workshop is cosponsored by the Center for the Study of American Politics (CSAP) and the School of Management’s International Center for Finance and Whitebox Advisors fund. Lunch will be served.