“Moral Universalism and the Structure of Ideology,” Benjamin Enke, Harvard 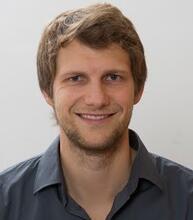 Abstract: Throughout the Western world, people’s policy views are correlated across domains in a strikingly similar fashion. This paper proposes that what partly explains the structure of ideology is moral universalism: the extent to which people’s altruism and trust remain constant as social distance increases. In new large-scale multinational surveys, heterogeneity in universalism descriptively explains why the left and right both simultaneously support and oppose different types of government spending. Moreover, the left-right divide on topics such as redistribution strongly depends on whether people evaluate more or less universalist policies. Large-scale donation data provide field evidence for the political left’s universalism.

Benjamin Enke is Associate Professor in the Department of Economics at Harvard University. His research is in behavioral and experimental economics, cultural economics, and political economy. His work focuses on two lines of inquiry. First, experimental work on bounded rationality and complexity. Second, experimental survey-based research on moral universalism (and cultural variation more generally).

Professor Enke received his Ph.D. in 2016 from the University of Bonn and subsequently joined Harvard’s Economics Department. Since 2018, he has also served as Associate Editor at the Journal of the European Economics Association.

This virtual workshop is open to the Yale community only. To receive Zoom information, you must subscribe to the Behavioral Science Workshop at this link: https://csap.yale.edu/behavioral-sciences-workshop.

Cosponsored by the Center for the Study of American Politics (CSAP) and the School of Management’s International Center for Finance and the Lynne & Andrew Redleaf Foundation.