“(Mis)Informed: What Americans Know About Social Groups and Why it Matters for Politics,” Marisa Abrajano, UC San Diego 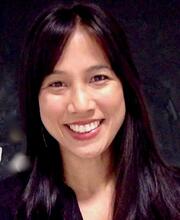 Abstract: In this study, we examine just how much the public knows about some of America’s most stigmatized social groups, who comprise 40.3\% of the population, and evaluate whether misinformation matters for shaping policy attitudes and candidate support. We design and field an original survey containing large national samples of Black, Latino, Asian, Muslim, and White Americans, and include measures of misinformation designed to assess the amount of factual information that individuals possess about these groups. We find that Republicans, Whites, the most racially resentful, and consumers of conservative news outlets are the most likely to be misinformed about socially marginalized groups. Our analysis also indicates that misinformation predicts hostile policy support on racialized issues; it is also positively correlated with support for Trump. We then conducted three studies aimed at correcting misinformation. Our research speaks to the prospects of a well-functioning democracy, and its ramifications on the most marginalized. Co-authored with Nazita Lajevardi (MSU).

Marisa Abrajano is professor of political science at the University of California, San Diego. Her research interests are in American politics, particularly racial and ethnic politics, political participation, voting and campaigns, and the mass media. She is the author of several books, the most recent one entitled White Backlash: Immigration, Race and American Politics (with Zoltan Hajnal), published by Princeton University Press in 2015. It was the recipient of the American Political Science Association’s Ralphe Bunch Award for the best book on Race and Politics in 2015. Her other award winning book, Campaigning to the New American Electorate: Television Advertising to Latinos , was published in 2010 by Stanford University Press. She is also the author of New Faces, New Voices: The Hispanic Electorate in America (with R. Michael Alvarez) published by Princeton University Press in 2012. Her other work has been published in leading journals in political science.