“The Methodological and Political Challenges of the 2020 Census,” D. Sunshine Hillygus, Duke University 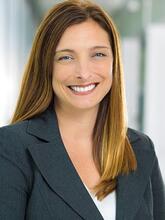 Abstract: The core political implications of the decennial census for American politics are well-known—as the basis for reapportionment and redistricting. Unfortunately, the 2020 enumeration faces many threats to data quality–some cost-driven design changes by the Census Bureau and others politically-driven efforts by the Trump administration. I will discuss the key data quality challenges, proposed diagnostics for evaluating the accuracy and utility of the data, and the implications for political scientists.

D. Sunshine Hillygus is Professor of Political Science and Public Policy and director of the Initiative on Survey Methodology at Duke University. She is co-author of Making Young Voters: Converting Civic Attitudes into Civic Actions (Cambridge University Press, 2020), The Persuadable Voter: Wedge Issues in Political Campaigns (Princeton University Press, 2008), and The Hard Count: The Social and Political Challenges of the 2000 Census (Russell Sage Foundation, 2006). She is associate PI of the 2020 American National Election Study, associate editor of Political Analysis, and formerly served on the Scientific Advisory Committee for the U.S. Census Bureau. She received her Ph.D. in political science from Stanford University in 2003.

This virtual workshop is open to the Yale community. To receive Zoom information, you must subscribe to the Quantitative Research Methods Workshop using this link: https://csap.yale.edu/quantitative-research-methods-workshop.