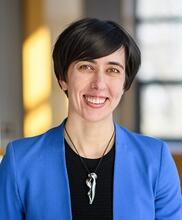 Abstract: In much of the world, public transportation infrastructure is sorely needed. Political economy models suggest that provision lags because uneven access and use of public transit fragments political coalitions. Yet traditional survey techniques tell us little about who supports valence issues, such as mass transit. I instead adopt a novel survey approach from economics designed to elicit preference intensity. I then sample households at different distances from a subway project in Bogotá, Colombia. Contra conventional expectations, local geography does not matter. Those who use public transit the least and pay the most for its construction—the middle class—are its strongest supporters. An experiment, focus groups, and a global data set on subway construction suggests that a growing middle class often is a key advocate of public transit investment but not for their own direct use: the middle class wants others to take public transportation to shorten their commutes. The implication is that a growing middle class might help to strengthen public goods provision in urban areas, particularly when political parties are able to highlight the quality of life benefits that can result from public investments.

Alisha Holland is an Associate Professor (untenured) in the Government Department at Harvard University. Before joining the Harvard faculty, Alisha was an Assistant Professor in the Politics Department at Princeton University and a Junior Fellow at the Harvard Society of Fellows. She studies the comparative political economy of development with a focus on urban politics, social policy, and Latin America. Her book, Forbearance as Redistribution: The Politics of Informal Welfare in Latin America (Cambridge Studies in Comparative Politics), looks at the politics of enforcement against property law violations by the poor, such as squatting, street vending, and electricity theft. She is currently working on a book manuscript on large-scale infrastructure investment in Latin America, tentatively entitled Creative Construction: The Rise and Stall of Infrastructure in Latin America.

This virtual workshop is open to the Yale community. To receive Zoom information, you must subscribe to the American & Comparative Political Behavior Workshop. Please subscribe at this link: https://csap.yale.edu/american-comparative-political-behavior-workshop.