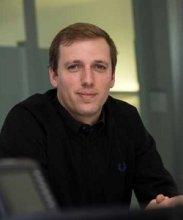 Abstract: Does higher education increase political participation? Despite myriad studies on this topic, we lack reliable evidence that isolates the causal effect of university education on participation from bias due to non-random selection into higher education. We identify this effect by leveraging quasi-random variation in university graduation created by entry tests for upper-level secondary schools used in Switzerland. Comparing otherwise similar citizens who, as students, narrowly pass or narrowly fail their school entry test, we find that attending and completing a university track increases electoral participation. Turning to non-electoral forms of political participation, we find a positive effect on non-costly forms of participation but no effect on costly forms. Our targeted survey also allows us to explore the importance of various mechanisms. While we don’t find support for the hypotheses that educational effects are mediated via increased levels of political knowledge, partisan attachment, community organizations, or external efficacy, our findings are consistent with the idea that political interest is a relevant mediator.

Dominik Hangartner is an Associate Professor of Public Policy at ETH Zurich and in the Department of Government at the London School of Economics and Political Science (currently on leave). He is also a Faculty Co-Director of the Immigration Policy Lab, with branches at Stanford University and ETH Zurich. Professor Hangartner uses field work and statistics to study the effects of migration policies and political institutions. His work has been published in leading scholarly journals such as the American Journal of Political Science, American Political Science Review, Proceedings of the National Academy of Sciences and Science, and has received several awards including the Philip Leverhulme Prize.