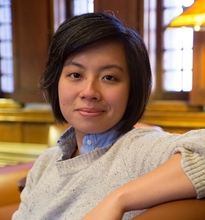 Abstract: This paper aims to understand the importance of one’s community in shaping one’s racialized and political identity. In particular, I examine local determinants and characteristics that explain how Asians in the United States come to understand the concepts of “Asian” and “Asian American” and the political consequences of the construction of these identities. I aim to answer two questions. First, what are the underlying factors that potentially explain why some individuals identify more (or less) strongly as Asian. Second, how this might subsequently affect their political engagement and propensity to vote, particularly for an Asian candidate? I develop a measure of Asian group density in geographic localities, capturing the relative group size of Asians and the relative group size of Asian national origin groups in a given area. These measures attempt to capture the importance of community in contributing and structuring one’s political preferences. I combine these measures with existing survey and administrative data on Asian political attitudes and behavior to identify the relationship between one’s community and the salience of one’s pan-ethnic identity on affecting political behavior and attitudes and find that areas with higher levels of national origin diversity also report lower levels of Asian linked fate. Additionally, results from novel survey data suggest that shared racial identity still likely matters for representation and that places with larger Asian population sizes and lower levels of diversity are more likely to have increased levels of Asian linked fate. In particular, the geographic connection between identity and politics appears to lie in the resources provided by localities with larger Asian populations and lower levels of group fractionalization towards maintaining pan-ethnic identity. This study contributes to prior work on Asian political behavior by identifying salient macro-level factors that potentially explain the variation in turnout rates among different Asian national origin groups.

Jen Wu is a PhD Candidate in Political Science at Yale University. Her research focuses on race, identity, and behavior in American politics. Her dissertation project in particular, “The Politics of Asian-ness: Understanding the Importance of National Origin and Group Membership on Political Representation,” focuses on Asian American political behavior and examines the conditions and context in which the pan-Asian identity is politically unifying, despite great variation in national origin backgrounds.