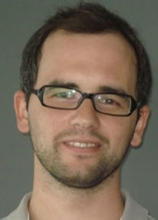 Abstract: We develop a randomization-based method for inference in regression models. The basis of inference is an invariance assumption on the regression errors, such as invariance to permutations or random signs. To test significance, the randomization method repeatedly calculates a suitable test statistic over transformations of the regression residuals according to the invariant. Inversion of the test can produce confidence intervals. We prove general conditions for asymptotic validity of this residual randomization test and illustrate in many models, including clustered errors with one-way or two-way clustering structure. We also show that finite-sample validity is possible under a suitable construction, and illustrate with an exact test for a case of the Behrens–Fisher problem. The proposed method offers four main advantages over the bootstrap: (1) it addresses the inference problem in a unified way, while bootstrap typically needs to be adapted to the task; (2) it can be more powerful by exploiting a richer and more flexible set of invariances than exchangeability; (3) it does not rely on asymptotic normality; and (4) it can be valid in finite samples. In extensive empirical evaluations, including high-dimensional regression and autocorrelated errors, the proposed method performs favorably against many alternatives, including bootstrap variants and asymptotic robust error methods.

Panos Toulis is an Assistant Professor of Econometrics and Statistics at the University of Chicago, Booth School of Business. His main interests are in causal inference under network interference and spillovers through randomization methods. He is also interested in statistics and optimization, particularly in the statistical properties of stochastic gradient descent. Toulis’ PhD was in statistics from Harvard University, advised by Don Rubin, David Parkes, and Edo Airoldi. He also hold a MS degree in computer science from Harvard University, and a BS in electrical and computer engineering from Aristotle University in Thessaloniki, Greece.