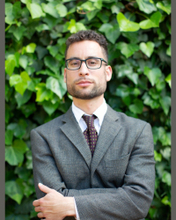 Abstract: The Trump presidency generated concern about democratic backsliding and renewed interest in measuring the national democratic performance of the United States. However, the U.S. has a decentralized form of federalism that administers democratic institutions at the state level. Using 51 indicators of democratic performance from 2000 to 2018, we develop a measure of subnational democratic performance, the State Democracy Index. We use this measure to test theories of democratic expansion and backsliding based in party competition, polarization, demographic change, and the group interests of national party coalitions. Difference-in-differences results suggest a minimal role for all factors except Republican control of state government, which dramatically reduces states’ democratic performance during this period. This result calls into question theories focused on changes within states. The racial, geographic, and economic incentives of groups in national party coalitions may instead determine the health of democracy in the states.

Jacob (Jake) M. Grumbach is an Assistant Professor of Political Science at the University of Washington. He received his PhD from UC Berkeley in spring of 2018 and was a Postdoctoral Fellow at the Center for the Study of Democratic Politics at Princeton. Professor Grumbach’s research focuses broadly on the political economy of the United States. He is particularly interested in public policy, American federalism, racial capitalism, campaign finance, and statistical methods. His book project, based on his award-winning dissertation, investigates the causes and consequences of the nationalization of state politics since the 1970s. Additional recent projects investigate labor unions, election law, and race and gender in campaign finance. Professor Grumbach teaches courses in statistics for the social sciences and in state and local politics.

This workshop is open to the Yale community. To receive announcements, Zoom link information, and invitations to attend, please subscribe at https://csap.yale.edu/american-politics-public-policy-workshop.