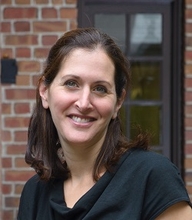 Abstract: Racial injustice in policing has been a central concern in American political and policy debates, especially in light of the many high-profile, officer-involved killings over the last few years. Yet in the ongoing conversation about police reform, there has been insufficient attention to the role of citizens’ calls for service in perpetuating racialized policing. In this paper, we explore 9-1-1 calls to police as a response to shifting neighborhood demographics. Using detailed data on calls, police stops, and arrests in Los Angeles between 2010 and 2019, we assess the share of calls aimed at low-level nuisance complaints (e.g. “suspicious person”), the relationship between nuisance call rates and neighborhood racial composition, and whether nuisance call rates increase as neighborhood demographics shift. In line with racial threat theory, we find that nuisance calls increase as historically white neighborhoods experience greater racial integration. As a result, we suggest that even as policy reforms take hold, racial minorities will continue to experience disproportionate contact with police. We conclude by discussing potential new strategies aimed at changing this important but under-examined aspect of American policing.

Amy E. Lerman is Professor of Public Policy and Political Science, Associate Dean of the Goldman School of Public Policy, and Co-Director of The People Lab at the University of California, Berkeley. Her research is focused on issues of race, public opinion, and political behavior, especially as they relate to punishment and social inequality in America. She has published several award-winning books, and her work can be found in a wide variety of academic journals and featured in media outlets including the New York Times, Washington Post, USA Today, CNN and NPR. In addition to her academic work, Lerman has served as a speechwriter and communications consultant for national nonprofits and members of the United States Congress, a community organizer in Latin America and Southeast Asia, and an adjunct faculty member of the Prison University Project at San Quentin State Prison. She consults widely on issues related to prison reform, access to higher education, and law enforcement mental health.