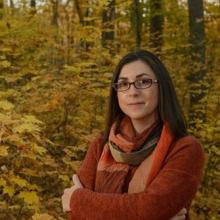 Description: Despite its exponential growth as an academic research area, and increasing presence in public discussions, farm animal welfare remains a low priority, especially when considered within the broader landscape of social and environmental justice. From a regulatory standpoint, the welfare of farm animals also remains a low priority in the United States, and considerations of welfare are often outweighed by the need to produce ever increasing amounts of cheap animal protein. In recent years, voluntary animal welfare standards have become a way to address this lack of regulation. Both independent and industry-based standards are an important practical tool for improving production practices, but these instruments also embody the moral commitments of producers and consumers. It can be argued that the moral motivations behind these standards conflict with their goal of being objective tools for the assessment of animal welfare. Using the example of welfare standards for broiler chickens in the United States, this presentation addresses the tensions between social values and scientific objectivity in the development and application of animal welfare standards.

The speaker, Monica List, received her Veterinary Medicine degree from the National University of Costa Rica in 2000. From 2000 to 2006, she practiced zoo and wildlife medicine at a wildlife rescue center in Costa Rica, where her work focused on rehabilitation of small primates and birds. After leaving clinical practice, shifted her focus to animal welfare, first as Veterinary Programs Manager for the World Society for the Protection of Animals in Latin America, and more recently as Animal Welfare Specialist for Compassion in World Farming US. Parallel to her animal welfare work, she continued her education in the areas of bioethics and practical ethics, obtaining a Master’s degree in bioethics from the National University of Costa Rica, and later pursuing a doctoral degree in philosophy at Michigan State University. Her research interests include animal ethics, the ethics of food and agriculture, environmental ethics, and animal welfare, with a focus on the social and ethical dimensions of animal welfare science.

This event is being cosponsored with Yale Animal Law Society at the Yale Law School.