Jackson Institute for Global Affairs: The Future of U.S.-Pakistan Relations

The Future of US-Pakistan Relations 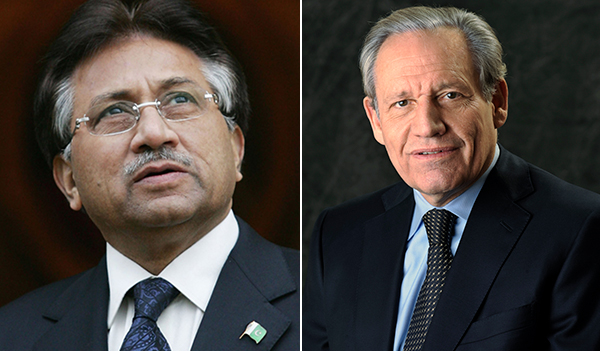 The Yale Jackson Institute for Global Affairs and the Yale School of Management will co-host the talk, “The Future of US-Pakistan Relations: A Conversation with General Pervez Musharraf, former President of Pakistan,” moderated by award-winning journalist Bob Woodward. The talk is part of the School of Management’s Leaders Forum series.

As president of Pakistan from 1999-2008, Gen. Musharraf played a crucial role in fighting the global war on terrorism. During that time, he empowered the people of Pakistan at the grass roots level by introducing a local government system. One of his most notable achievements was the turnaround of an almost bankrupt state in 1999; he and his government helped Pakistan come off the list of Highly Indebted Poor Countries.

Bob Woodward ‘65 is an associate editor of The Washington Post, where he has worked since 1971. He has shared in two Pulitzer Prizes, first in 1973 for the coverage of the Watergate scandal with Carl Bernstein, and second in 2002 as the lead reporter for coverage of the 9/11 terrorist attacks. He has authored or coauthored 18 books, all of which have been national non-fiction bestsellers.

Attendance is limited to the Yale community only. All attendees must register online.

Admission:
Free but register in advance
Open to:
Yale Community Only