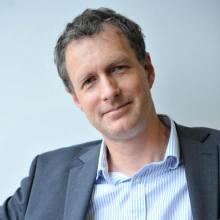 The cognitive sciences often view thought as operating through tacit ‘theories,’ analogous to those of science. Such theories are organized sets of principles, which might be expressed in networks of beliefs, utilities, grammatical rules, moral norms, and more. But does a set of hidden, but general, theoretical principles really underpin thought and behavior? Finding such general principles has been a key goal in many areas of psychology, philosophy, linguistics and artificial intelligence. But our attempts to extract and formalize such principles lead continually rapidly into contradiction.

I argue that such principles—and mental “depths” in general – are illusory. Instead, the brain generalizes flexibly from specific local problems and gradually creates a tradition of ‘precedents’ for dealing with new problems. Thus, the mind is analogous to case-law – in which each new case is addressed by finding links with past cases – rather than to science – in which new situations are dealt with by referring to hidden general rules. (Chater, N. (2018). The Mind is Flat: The Remarkable Shallowness of the Improvising Brain. New Haven, CT: Yale University Press.)

Nick Chater is Professor of Behavioural Science at Warwick Business School. He works on the cognitive and social foundations of rationality and language. He has published more than 250 papers, co-authored or edited more than a dozen books, has won four national awards for psychological research, and has served as Associate Editor for the journals Cognitive Science, Psychological Review, and Psychological Science. He was elected a Fellow of the Cognitive Science Society in 2010 and a Fellow of the British Academy in 2012. Nick is co-founder of the research consultancy Decision Technology and is a member on the UK’s Committee on Climate Change. He is the author of The Mind is Flat (2018).