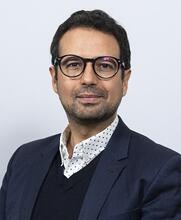 Abstract: Why are the poor not always in favor of strong welfare states designed to benefit them? And to which extent is the fear of immigration distracting them from their self-interest? We focus on one of the most understudied transformations of the welfare state over the last decades, namely the sharp redistribution of the fiscal burden towards the middle and middle-low ends of the income distribution. We argue that perceptions of immigration threat depress support for social policies among low-income individuals, but only in contexts where the progressivity of the tax system is low. We rely on an original survey experiment in the UK manipulating hypothetical tax progressivity levels and immigration pressure, and on cross-national analyses confirming the generalizability of our findings. Our study reveals that the poor are more systematically sensitive than the rich to the variation of marginal tax rates in the context of immigration. As opposed to what it is usually assumed, the generosity-dampening effect of immigration appears to be compatible with self-interest once the costs of welfare are also taken into account.

This virtual workshop is open to the Yale community. To receive Zoom information, you must subscribe to the American & Comparative Political Behavior Workshop using this link: https://csap.yale.edu/american-comparative-political-behavior-workshop.