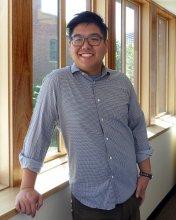 Abstract: Despite the alignment between racial minorities and the Democratic Party, racial minorities often confront tensions between their racial and partisan group interests. How do cross-pressured minorities navigate such trade-offs? Examining the case of racial redistricting using original data from a nationally representative survey of over 2,400 Blacks, Latinos, and Asian Americans, I designed a novel experiment to assess how minorities evaluate trade-offs between their preferences for descriptive racial and Democratic representation that potentially arise when creating majority-minority districts. I uncover compelling evidence that cross-pressured minorities are willing to forgo increasing descriptive representation by creating majority-minority districts if doing so decreases Democratic power, and instrumentally view Democratic (Republican) legislative majorities as beneficial (harmful) to their welfare. These results inform broader questions about how individuals with multiple political group identities evaluate trade-offs involving competing group interests, and shed light on how cross-pressured minorities navigate conflicts between their racial and partisan interests to form political preferences in a racially polarized party system.

Albert Fang is a postdoctoral associate in the Center for the Study of American Politics and the Institution for Social and Policy Studies at Yale University, where he studies identity in the context of representation and accountability. His research agenda focuses on how members of underrepresented groups (racial minorities and women) form political preferences and how public policies and elite behavior affect the welfare of these groups. To investigate these questions, his work combines multi-method strategies to measure the lived experiences of these groups with innovative experimental and quasi-experimental research designs. His work has been published in The Journal of Politics, Political Psychology, Political Science Research and Methods, and American Politics Research, and has been funded by the Russell Sage Foundation as well as grants at Yale and Columbia. He received his Ph.D. in political science from Columbia University in 2015.