“How Much Does Your Boss Make? The Incentive Effects of Inequality,” Ricardo Perez-Truglia, UCLA Anderson School of Management 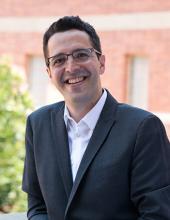 Abstract: We study how employees learn about the salaries of their peers and managers, and how those beliefs affect their behavior. We conducted a field experiment with a sample of 2,000 employees from a multi-billion-dollar corporation. First, we document large misperceptions about salaries and identify some of the sources of these misperceptions. Second, we identify the causal effects of these beliefs by means of an experiment that provided employees with feedback about the salaries of others. We combine unique survey and administrative data to estimate cross-salary elasticities. We find that individuals are highly elastic to horizontal inequality: greater inequality between peers has large negative or positive effects on satisfaction, effort, output and retention depending on the person’s position in the earnings distribution. Individuals are less informed and less elastic to vertical inequality. Increasing perceived vertical inequality had a nearly uniform positive impact on motivation and retention, even when the likelihood of promotion was small. Our findings reject the widespread belief that social pay comparisons compel employers to compress salaries across the firm. We also find the willingness to pay for salary information is highest among those who react positively to the news. We discuss other implications of these findings, including optimal transparency.

Ricardo Perez-Truglia received his Ph.D. in economics at Harvard University in 2014. In 2014-2016, he was a postdoctoral researcher at Microsoft Research New England. Since 2016, he is an Assistant Professor of Economics at UCLA Anderson School of Management. His research fields are behavioral economics, political economy and public economics. He uses experimental and quasi-experimental methods to study social incentives and information frictions. Ricardo has published in premiere academic journals such as the American Economic Review and the Journal of Political Economy and his research has been featured in a number of international media outlets such as the New York Times, The Economist and National Public Radio. Ricardo grew up in Buenos Aires, is married and has three children.

The Behavioral Sciences Workshop is an interdisciplinary seminar series featuring speakers of broad appeal in the behavioral sciences. The workshop is held jointly between the Yale departments of Economics, Political Science, Psychology, and the School of Management (SOM). The workshop is cosponsored by the Center for the Study of American Politics (CSAP) and the School of Management’s International Center for Finance and Whitebox Advisors fund. Lunch will be served.