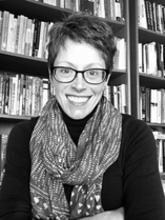 Abstract: Political knowledge is central to understanding the breadth and depth of citizens’ engagement with politics. Yet, as opinion polls are increasingly conducted online, survey respondents’ ability to search the web may undermine the validity of factual knowledge measures. A recent body of literature has demonstrated that search behavior is common, and occurs even when respondents are explicitly instructed not to look for answers. However, we know little about how outside search affects the validity of political knowledge measures. We investigate this question across a series of experimental and observational studies. The analyses provide consistent evidence that outside search degrades the convergent, discriminant, and predictive validity of political knowledge measures. Search behavior is a function of the effort a respondent is willing to put into the survey, rather than their political awareness. Our findings imply that researchers conducting online surveys should take steps to discourage and diagnose search engine use.

Jennifer Jerit is Professor of Political Science at Stony Brook University in Stony Brook, New York. She has interests in public opinion and political communication, with a focus on the features of news coverage that influence whether people learn about politics. Several of her current projects examine best practices for the measurement of public opinion through survey and experimental methods. Her work has been funded by the National Science Foundation and the Economic and Social Research Council, and she has been the recipient of various honors such as the Erik Erikson Early Career Award for Excellence and Creativity in the field of Political Psychology.