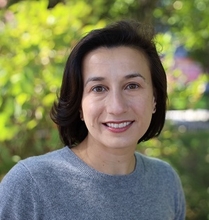 Abstract: Where do the political behaviors and preferences of refugees come from? We compile a novel database of over 600,000 U.S. immigration records largely for refugees fleeing socialist dictatorships and link these records to national voter files. We show that an immigrant’s origin country influences voting behavior and partisan preferences. Using a between-siblings design, we find that each additional year of time spent in the origin country is associated with an increased likelihood of voting in midterm (2.3%) and presidential elections (0.8%), as well as an increased likelihood of registering as a Republican in adulthood (2.2%). A Facebook survey of a comparable population reveals that immigrants who arrive in the U.S. at older ages look less like ideological partisans than people who arrive at younger ages. We propose four hypotheses for why more time in the origin country can manifest as increased civic engagement and conservatism once in the U.S.

Mayya Komisarchik is Assistant Professor of Political Science at the University of Rochester. Her substantive interests focus on representation, voting rights, race and ethnic politics, policing, immigration, and political incorporation. Professor Komisarchik’s recent work has addressed changing electoral rules in southern counties in the wake of the Voting Rights Act, the lasting effects of Japanese Internment, representativeness in policing, and the political incorporation of immigrants to the United States. Her work on the role of compactness in redistricting has been published in the American Journal of Political Science and won the Robert H. Durr award for the best article applying quantitative methods to a substantive problem in 2019. Her work on the impact of Japanese Internment has been published in the Journal of Politics. She received her Ph.D. from Harvard University in 2019.