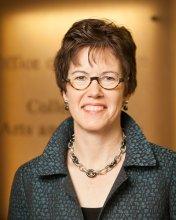 Abstract: This is a challenging moment for higher education. According to critics, campuses have become places that no longer respect free speech - they are rife with political correctness and lack ideological diversity. At the same time, prestigious colleges are lambasted for the overwhelming wealth of their student bodies, while across the sector there is growing concern about the rising price of tuition (at rates that exceed inflation), ever higher levels of student debt, and the swelling default rates on student loans. All in all, many in the public no longer believe that higher education is a force for good in American society, a stunning turnaround from high bipartisan levels of support for higher education a couple of decades ago. The essay begins with an articulation of the ways that higher education can and should matter to the health of our democracy. Next, I explore the current challenges facing higher education in the context of social, economic and political polarization. Further, I outline some of the ways that colleges and universities have, often unwittingly, propelled the forces of social and political polarization that now threaten to undermine them. Finally, I will conclude with some thoughts about where this all leaves us and what might be done to mitigate these issues.

Gretchen Ritter is a professor of government at Cornell University, where she served as the Harold Tanner Dean of Arts & Sciences from 2013 – 2018. Prior to joining Cornell, she was the vice provost for undergraduate education and professor of government at the University of Texas at Austin. She received her B.A. in government from Cornell and a Ph.D. in political science from MIT. She has written numerous articles, books and essays, authored The Constitution as Social Design: Gender and Civic Membership in the American Constitutional Order and Goldbugs and Greenbacks: The Antimonopoly Tradition and the Politics of Finance in America, 1865–1896, and co-edited Democratization in America: A Comparative and Historical Perspective. She is the recipient of several fellowships and awards, including a National Endowment for Humanities Fellowship, the Radcliffe Research Partnership Award, a Liberal Arts Fellowship at Harvard Law School and an Outstanding Administrators Award from the Academic Counselors Association.

Sponsored by the Institution for Social & Policy Studies and the Center for the Study of American Politics.