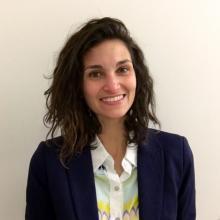 Abstract: Research shows that women in political office are stereotyped as more compassionate, friendly, and in some cases, competent than their male counterparts. Yet scholars disagree on whether these stereotypes lead to a double-bind in which female legislators are held to higher standards than male legislators. Using two survey experiments, I examine how citizen evaluations of legislative responsiveness to constituent communication are conditioned by gender. I find that female legislators, but not male legislators, are penalized when they take longer to respond to constituents, yet they are not rewarded as much as men are when they use a friendly tone. I also examine the role of sexist attitudes in evaluations of legislative communication. Notably, the least sexist respondents view responses from female legislators more favorably regardless of the actual quality of the communication, but only female legislators are penalized for taking longer to respond. These findings suggest that a gender double bind does exist in legislative-constituent communication, even (and particularly) among people that have positive views of women.

Mia Costa is a Ph.D. candidate in the Department of Political Science at the University of Massachusetts, Amherst and starting July 2018, an Assistant Professor in the Department of Government at Dartmouth College. Her research focuses on issues of representation and the political behavior of elected officials and American citizens. Her work has been published in Political Behavior, Political Research Quarterly, Journal of Experimental Political Science, and Review of Policy Research.