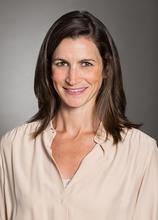 Abstract: How can we estimate the gender voting gap in the era before polling? This paper takes municipality level data from Sweden in the early twentieth century, both before and after women’s suffrage was extended, to try to understand the political geography of the gender gap. Using simple methods of computation, in conversation with ecological inference estimates, this paper utilizes Sweden’s sex-segregated turnout data to examine whether the first female voters in Sweden were more conservative than men.

Dr. Dawn Teele is the Janice and Julian Bers Assistant Professor of the Social Sciences at the University of Pennsylvania. Her research and teaching interests include gender and politics, identity and representation, and women’s movements. Dr. Dawn Teele holds a B.A. in Economics from Reed College, and a Ph.D. in Political Science from Yale University. Prior to joining the faculty at Penn she was a Research Fellow at the London School of Economics. Dr. Teele has won several prizes, including the Carrie Chapman Catt Prize for the study of women in politics and the Gabriel Almond Prize from the American Political Science Association. Her research has been published in a variety of outlets in political science, including the American Political Science Review, the Journal of Politics, and Politics & Society. She is editor of a volume on social science methodology, Field Experiments and Their Critics (Yale University Press 2014), and co-editor of an edited volume that is currently in progress, Good Reasons to Run: Women and Political Candidacy. In 2018, Princeton University Press published her monograph Forging the Franchise: The Political Origins of the Women’s Vote.

Open to the Yale community only.