“The Effect of Populist Rhetoric on Beliefs and Policy Preferences,” Paul Lendway, Yale 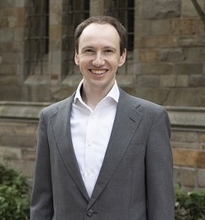 Abstract: Recent research has experimentally identified that populist rhetoric can induce changes ranging from affect to policy preferences. Scholars have also made theoretical claims about populism’s effects, such as the argument that it can diminish liberal democracy and even lead to authoritarianism. Less explored is how populism operates. This paper fills that gap by proposing the group reclassification theory (GRT) of populism. Consistent with prior research, GRT assumes that populism operates as a process that concurrently delegitimizes the populist’s targeted out-group while legitimizing the populist, the populist’s followers, and their will. By framing the delegitimized out-group as acting in violation of social norms and values, GRT proposes that populist attacks serve as a moral justification for the in-group to also violate values and norms in order to rectify the out-group’s transgressions. GRT departs from previous work on populism in that it is a more general theoretical framework that allows for more populist end states than a reduction of liberal democracy or authoritarianism. Several national survey experiments test and provide compelling evidence for GRT.

Paul Lendway is a PhD candidate in Political Science at Yale University specializing in American political behavior. Prior to Yale, he received a Master’s in Public Administration from the University of Pennsylvania and served as the Office of Undergraduate Studies Business Manager at Virginia Tech.