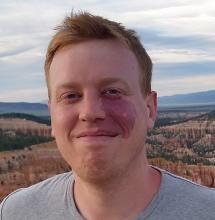 Abstract: Scholars have produced extensive empirical evidence about the meaningfulness of survey responses. Based on the observation that the word “beliefs” can be used to refer either to probabilistic information or to matters about which one is certain, I develop a parsimonious framework for interpreting empirical evidence and the language scholars use to describe it. I use it to frame findings in three areas of public opinion research: (1) don’t know responses, (2) false and unsupported beliefs, and (3) the response instability debate between Converse’s non-attitudes thesis and the measurement error school. I argue that core disagreements about whether survey responses represent beliefs often arise when evidence intended to speak to one conception of beliefs is interpreted using the other conception. These disagreements can be clarified with a notion derived from the framework: survey responses can reflect respondents’ probabilistic beliefs even when respondents do not strongly “believe” their answers. I conclude with recommendations for more effective communication between scholars and with the public.

Matt Graham is a Ph.D. candidate in political science at Yale University. His dissertation research develops conceptual and empirical tools for understanding false and unsupported beliefs about politics. This talk is a work in progress based on a conceptual chapter.