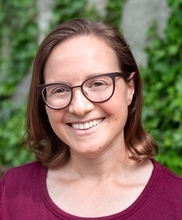 Abstract: This talk is drawn from my book manuscript, entitled Divided Parties, Strong Leaders (under advance contract, University of Chicago Press). The project addresses a persistent puzzle in congressional politics. It is often said that the more divided a party, the weaker its leaders will be. But careful scrutiny of congressional history makes clear that party divisions are not inherently limiting. This book seeks to explain why this is so. Drawing on nearly a dozen case studies from the postwar Congress, it explores how and why leaders are sometimes able to overcome and even draw strength from their divided ranks.

Ruth Bloch Rubin is an assistant professor in the Department of Political Science at the University of Chicago. Her research explores how intraparty divisions drive patterns of lawmaking, institutional development, and party leadership in Congress. She is the author of Building the Bloc: Intraparty Organization in the U.S. Congress (Cambridge University Press, 2017), which received the Lyndon Baines Johnson Foundation’s D.B. Hardeman Prize in 2020 for the best book on Congress. Building the Bloc was also awarded the Alan Rosenthal Prize by the American Political Science Association’s Legislative Studies Section. Her work has also appeared in Studies in American Political Development, Congress & the Presidency, and Law and Social Inquiry.

This workshop is open to the Yale community only. To receive announcements, Zoom link information, and invitations to attend, please subscribe at https://csap.yale.edu/american-politics-public-policy-workshop.