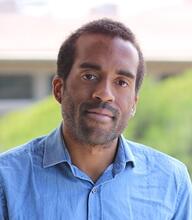 Abstract: In hot policing, resources are targeted at specific locations predicted to be at high risk of crime; so-called “hot spots.” Rather than reduce overall crime, however, there is a concern that these interventions simply displace crime from the targeted locations to nearby non-hot spots. We address this question in the context of a large-scale randomized experiment in Medellin, Colombia, in which police were randomly assigned to increase patrols at a subset of possible hotspots. Estimating the displacement effects on control locations is difficult because the probability that a nearby hotspot is treated is a complex function of the underlying geography. While existing methods developed for this “general interference” setting, especially Horvitz-Thompson (HT) estimators, have attractive theoretical properties, they can perform poorly in practice and mislead practitioners. In this talk, I explore the key pitfalls that practitioners should watch out for when conducting this type of analysis, and propose some ways to partially remedy them.

Guillaume Basse is an Assistant Professor in the MS&E (Management Science & Engineering) and Statistics departments at Stanford University. His research focuses on Causal Inference and Design of Experiments in the presence of interference. He received his PhD in Statistics at Harvard in 2018, under the supervision of Edo Airoldi, and then spent a year as a postdoctoral fellow in the Statistics Department at UC Berkeley where he was advised by Peng Ding. Before coming to the US, Professor Basse attended the Ecole Centrale Paris, where he studied Applied Mathematics and Engineering. He has lived in France, Israel, the US and Senegal, where he was born.