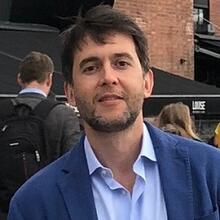 Abstract: In the two decades straddling China’s WTO accession, the China Shock, i.e. the rapid trade integration of China in the early 2000’s, has had a profound economic impact across U.S. regions. It is now both an internationally litigated issue and the casus belli for a global trade war. Were its consequences unexpected? Did U.S. politicians have imperfect information about the extent of China Shock’s repercussions in their district at the time when they voted on China’s Normal Trade Relations status? Or did they have accurate expectations, yet placed a relatively low weight on the subconstituencies that ended up being adversely affected? Information sets, expectations, and preferences of politicians are fundamental, but unobserved determinants of their policy choices. We apply a moment inequality approach designed to deliver unbiased estimates under weak informational assumptions on the information sets of members of Congress. This methodology offers a robust way to test hypotheses about the expectations of politicians at the time of their vote. Employing repeated roll call votes in the U.S. House of Representatives on China’s Normal Trade Relations status, we formally test what information politicians had at the time of their decision and consistently estimate the weights that constituent interests, ideology, and other factors had in congressional votes. We show how assuming perfect foresight of the shocks biases the role of constituent interests and how standard proxies to modeling politician’s expectations bias the estimation. We cannot reject that politicians could predict the initial China Shock in the early 1990’s, but not around 2000, when China started entering new sectors, and find a moderate role of constituent interests, compared to ideology. Overall, U.S. legislators appear to have had accurate information on the China Shock, but did not place substantial weight on its adverse consequences. (Joint work with Matilde Bombardini and Bingjing Li)