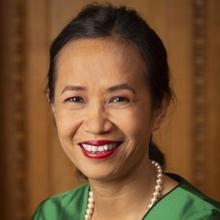 Myanmar has come under increasing global pressure due to ongoing refugee crisis and the way it is being tackled. However, many people do not know how complex Myanmar is.

Myanmar, previously known as Burma, is located in South East Asia bordering Bangladesh, China, India and Thailand. It has a population of 55 million, and hosts 135 ethnic minority groups according to its constitution.

Although Myanmar began to gradually open itself with the first election in 2010 after the country was closed for many decades, there are many oppressive issues that remain challenging given that the country was ruled by Military Junta for more than fifty years. As a result, the country lags behind in development in many aspects.

Running armed conflicts between the Myanmar Army and a number of ethnic insurgent groups since its independence in 1948 have been labelled as the world’s longest civil wars. This has caused a series of humanitarian abuses and crises that are yet to be addressed. The current refugee crisis in Rakhine State has added to the complexity of issues and armed conflicts pertaining in the east and impacting Myanmar’s transition to democracy. Displaced people in Rakhine, Kachin and Shan States continue to suffer pending substantial progress for a solution.

Come to debate with Thynn Thynn Hlaing, Yale World Fellow who is originally from the Shan Ethnic group of Myanmar and hear her perceptions about how to build peace and stability in her country.

Thynn Thynn Hlaing is a development professional who has been working in humanitarian and long-term development programs for more than 15 years. Her primary focus is on women’s rights and women’s empowerment issues. She worked as the Country Director of Oxfam International in Sierra Leone over 4 years from 2013 to 2018. She has previously worked in Myanmar, Cambodia, Sri Lanka and Liberia. Thynn Thynn was selected as the best INGO Woman Leader for 2017 in Sierra Leone by the INGO Watchdog Association in Africa. She is passionate about helping impoverished women overcome their social, political and economic barriers by bringing about tangible and social change. She has championed women rights by supporting a transformative political leadership journey for women leaders in Sierra Leone. During the Ebola crisis, she led and successfully implemented Oxfam’s emergency response which was staffed by 400 employees to fight against the global threat. A native of Myanmar, Thynn Thynn holds a master in Public Administration degree from Lee Kuan Yew School of Public Policy, National University of Singapore.