Council on African Studies: “Symposium On Jonny Steinberg’s ‘The Number’ ” 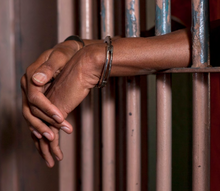 The Council on African Studies presents:

A Symposium on Jonny Steinberg’s “The Number”.

The Number (2004) established Jonny Steinberg as one of the most insightful commentators on South African politics and history of his generation. An intensive exploration of prison and prison gangs before, during, and after Apartheid through the life of Magadien Wentzel, a lifelong criminal and gang leader, it is simultaneously a study of the country’s troubled evolution from the neglected perspective of those who live in and run its prisons, and those whose lives are shaped by them. Ian Shapiro will moderate a panel in which Mahmood Mamdani, James Scott, and Elisabeth Wood will discuss the implications of The Number with Jonny Steinberg for current debates about the advantages and disadvantages of different methods of studying politics.