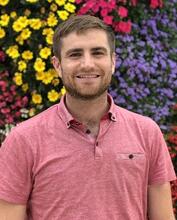 Abstract: An influential research tradition argues that the US media’s effects on voter preferences either are minimized by selective exposure or operate through subtle mechanisms, such as changing the importance voters place on issues (“priming”) or drawing attention to different aspects of the same events (“framing”). Using behavioral data from a media company on household-level television viewership, we recruited heavy consumers of Fox News to a field experiment in late 2020. We first document that heavy Fox News viewers are homogeneously conservative Republicans. During September 2020, we incentivized a randomized treatment group to instead watch CNN. During this month, CNN extensively covered COVID-19’s dangers and voting by mail (VBM) as safe; Fox News focused on racial unrest and the risks of fraud from VBM. At the end of the incentivized period, we find that changing the slant of participants’ media consumption had profound effects on: 1) factual beliefs. The treatment group was less likely to harbor misperceptions about COVID-19, VBM, and protests and policing, and more informed about Trump and Biden’s positions on them. 2) personal views and policy preferences. 3) issue importance. The treatment group saw COVID-19 as more important and efforts to quell protests as less important. 4) overall political views. The treatment group was much less approving of Donald Trump and Republicans generally. 5) attitudes towards the media. The treatment group evaluated Fox News more negatively and was more likely to state that it conceals negative information about Trump. There were no changes in attitudes towards CNN. Our results suggest that partisan media’s viewers are not fully aware of its bias, and that it changes even strong partisans’ basic factual beliefs, issue preferences, and evaluations of elected officials.

Joshua Kalla is Assistant Professor of Political Science at Yale University with a secondary appointment as Assistant Professor of Statistics & Data Science. He received his Ph.D. in political science from the University of California, Berkeley (2018). His research studies political persuasion, prejudice reduction, and decision-making among voters and political elites, primarily through the use of randomized field experiments. He is a member of EGAP, and teaches courses on political behavior, experimental methods, and the use of data science by political campaigns.