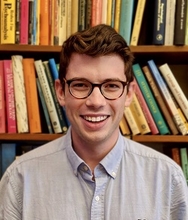 Abstract: To what extent does Congress explicitly or implicitly rely on presidential self-restraint in statute? In this paper, we explore the expectations Congress has set or assumed for presidential conduct in several laws addressing political appointments since the 1970s. In considering the legislative history behind these laws, we demonstrate how lawmakers sought to balance the goals of independence and accountability and, in doing so, expressed their expectations of how presidents would act. Our account suggests a developmental implication: the rise of constitutional formalism since the 1970s increasingly constrains the legislature’s ability to advance innovative institutional designs and, therefore, has increased Congress’s reliance on presidential self-restraint.

Jack Greenberg is a doctoral candidate in political science at Yale University. He is chiefly interested in the U.S. presidency, political leadership, and American political development. His dissertation research concerns “presidential prioritization,” the process by which presidents and their teams determine the domestic policy issues on which they will focus at the start of their administrations. His main secondary project analyzes expectations of presidential self-restraint throughout American history. He is the graduate student representative on the executive council of the Presidents and Executive Politics section of the American Political Science Association and, from 2020-2022, he served as an editorial assistant for the American Political Science Review. At Yale, he coordinates the Dahl Research Scholars program at the Institution for Social and Policy Studies, where he is also a Graduate Policy Fellow. Originally from New Haven, he returned to the Elm City after graduating from Williams College in 2018 with a degree in political science, history, and leadership studies. He was the first member of his family to attend college.