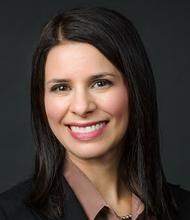 Despite well-meaning intentions, people rarely allocate their charitable donations in the most cost-effective way possible. Whereas most early research on ineffective altruism focused on donation decisions in the absence of effectiveness metrics, the growth of the effective altruism movement has led to much improved information and transparency intended to help people make more effective donation decisions. These changes to the decision making environment yield new research questions about how people decide how much and to whom they should donate. In this talk, I plan to cover two papers: In the first paper, we demonstrate that a common form of effectiveness information provision—the cost per unit (e.g., cost of a malaria net, cost to save of life) has a perverse effect on how much people give. Specifically, people give less when the cost is cheaper. This result arises because people want their donation to have a tangible impact, and when the cost of such an impact is lower, people can achieve it with a smaller donation. In the second paper, we demonstrate that when choosing between charities to support, few choose the charity with the highest return, even when it is obvious which option is “best”. The key reason why is people construe of this decision as a matter of subjective preferences, and thus are willing to do less good overall if they can support the cause they prefer. I will end the talk by discussing how effectiveness information provision is not a cure-all for improving donation decisions, but can be improved upon with better framing.

Her research examines fundamental processes that underlie human judgment and decision making. Her primary substantive focus incorporates both altruistic and self-interested motivations for philanthropic behavior. Some of her recent work has examined impediments to effective altruism, advertising (i.e. “bragging about”) prosocial behavior, microfinance decision making, and the distinction between self-interest and selfishnessShe currently serves as an associate editor of the Journal of Marketing Research and on several other editorial boards.
Recent awards include winning Wharton’s “Iron Prof” competition in 2014 and being named a Marketing Science Scholar and a Fellow of the American Psychological Society. She received her PhD in Psychology and Behavioral Decision Research from Carnegie Mellon University and her BS from the University of Pennsylvania. She resides in Philadelphia with her husband and two children.

The Behavioral Sciences Workshop is cosponsored by the Center for the Study of American Politics (CSAP) and the School of Management’s International Center for Finance and Whitebox Advisors fund. Lunch will be served.