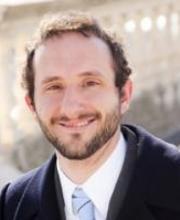 This workshop series is entering its third year in 2019-2020, and is cosponsored by the Yale Center for the Study of American Politics and The Whitney and Betty MacMillan Center for International and Area Studies. Co-organized by Yale Political Science Professors Isabela Mares and Alan Gerber, this workshop is focused on political behavior broadly considered and invites speakers from a range of social science fields.

Horacio A. Larreguy is an Associate Professor of Government at Harvard University. He received a PhD in Economics from MIT in 2013, a Master in Economics and Finance from CEMFI in 2007, and a BA in Economics from the University of Buenos Aires in 2004. His research interests include political economy and economic development using both theory and empirics. Broadly, he is interested in political accountability in Africa and Latin America. In particular, he works on clientelism and vote buying, the importance of information for political accountability, whether education fosters political participation, and whenever possible, Professor Larreguy looks at the relevance of social networks for these and other development issues.