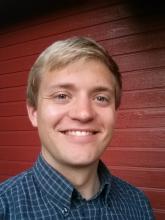 I am a PhD student focusing on civil war, terrorism, and political violence. I am especially interested in unpacking the dynamic strategies of rebels and incumbents as they react to changes in their wartime environments.

Before coming to Yale, I earned an MA in political science from the University of British Columbia (2012), and a BA from Western Washington University (2010).