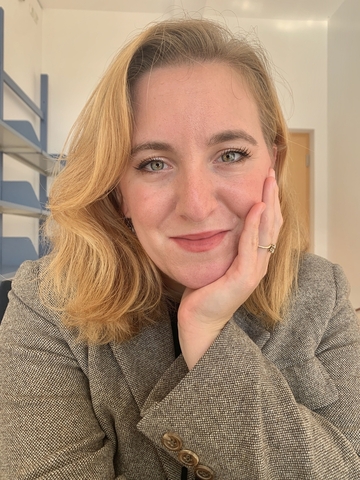 Hello! My name is Nica Siegel.

I completed my PhD in Political Science at Yale University in October 2021. This year, I am a Postdoctoral Research Fellow in Critical Theory at the Justitia Amplificata Center for Advanced Studies in Frankfurt, Germany. My research addresses questions of political action and its frustrations, most currently through a study of the concept, experience, and specter of “exhaustion.” Specters of Exhaustion: The Phenomenology of Action and the Horizon of Critique focuses on the contributions of a set of 20th century thinkers, including Hannah Arendt, Sigmund Freud, Frantz Fanon, and Herbert Marcuse, who saw in the claim to and contestation over exhaustion paradoxical conceptual resources for social transformation.

My work has appeared or is forthcoming in South African Journal on Human Rights; Theoria: a Journal of Social and Political Theory; PhiloSOPHIA: a Journal of Transcontinental Feminism; Law & Social Inquiry; and an edited volume in NYU Press’s “Charles Hamilton Houston Institute Series on Race and Justice”. To my research, I also bring expertise in political economy, theories of state violence, and legal theory, with a particular focus on South African jurisprudence. Prior to my Ph.D, I received my BA hons. in Law, Jurisprudence, and Social Thought from Amherst College before serving as an intern and research fellow in Land Reform, Customary Law, and Socioeconomic Rights at the Legal Resources Centre, a constitutional impact litigation NGO in Cape Town, South Africa.