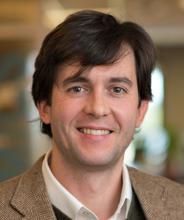 Abstract: The paper (with Cesi Cruz, Phil Keefer, and Julien Labonne) provides evidence of rational use of sophisticated electoral information in a context where clientelistic ties and vote buying are pervasive. We elicit multidimensional campaign promises from candidates in multiple mayoral races in the Philippines for two consecutive elections. Information about these campaign promises is then randomly assigned to voters, who are shown to incorporate it into their beliefs and vote choices. Treated voters assess individual candidates in a way consistent with rational updating along both policy and valence dimensions. Voters who receive information about current platforms use it in their vote choice. Voters who receive information about current and past promises, and therefore can compare past promises to past actions for incumbents, reward incumbents who fulfilled them, as voters perceive them to be more honest and competent. Voters with clientelistic ties to one of the candidates do not respond to the informational treatments. Leveraging our structural model estimates, we present quantitative counterfactuals of clean elections absent vote buying and of optimal campaign announcements. Implications for elections in less than consolidated democracies are discussed.

Francesco Trebbi is Canada Research Chair and Professor of Economics at the Vancouver School of Economics at The University of British Columbia in Canada. He is also Research Associate at the National Bureau of Economic Research (NBER) and a Fellow of the Canadian Institute For Advanced Research and of the Bank of Canada. Professor Trebbi’s academic research focuses on the organization of nonmarket environments (government, special interest groups, military forces) and their interaction with the economy. This is an area of investigation that touches multiple fields within the economic discipline, from economic development to public economics, and within political science, from comparative politics to methods. He has also worked on political institutions and their design in consolidated democracies and in autocracies; and on electoral campaigns and campaign finance, lobbying, housing and banking regulation, and public administration. His primary teaching interests are in political economy and applied economics more broadly.