Jackson Institute for Global Affairs: “Challenges in American Diplomacy: Africa and Beyond” 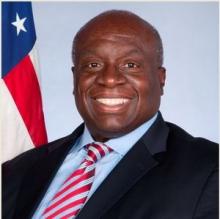 The Jackson Institute for Global Affairs presents a special conversation:

Ambassador Thomas, who currently serves as the ambassador to Zimbabwe, will reflect on current events.

Ambassador Thomas joined the Foreign Service in 1984, and served as U.S. Ambassador to the Philippines from 2010 to 2013 and to Bangladesh from 2003 to 2005.  He also served in the White House as the Director for South Asia at the National Security Council from 2001 to 2002.  His other postings include: New Delhi, India; Harare, Zimbabwe; Kaduna, Nigeria; and Lima, Peru.

The conversation will be moderated by Ted Wittenstein, executive director, Johnson Center for the Study of American Diplomacy.

The event is open to the general public. Please RSVP