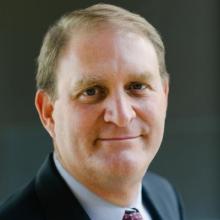 Join us at ISPS for a discussion with Stanford Law Professor Nate Persily about social media and elections with an emphasis on research opportunities at the intersection of social media and politics. Professor Persily will be speaking about a new project called “Social Science One” and the working paper behind this project titled, “A New Model for Industry-Academic Partnerships,” coauthored with Gary King (Harvard University).

Working Paper Abstract: The mission of the academic social sciences is to understand and ameliorate society’s greatest challenges. The data held by private companies hold vast potential to further this mission. Yet, because of their interaction with highly politicized issues, customer privacy, proprietary content, and differing goals of business and academia, these datasets are often inaccessible to university researchers. We propose here a model for industry-academic partnerships that addresses these problems via a novel organizational structure: Respected scholars form a commission which, as a trusted third party, receives access to all relevant company information and systems, and then invites independent academics to do research in specific areas, following standard peer review protocols, funded by nonprofit foundations, and with no pre-publication approval by the company required. We also report on a partnership we helped forge under this model to make data available about the extremely visible and highly politicized issues surrounding the impact of social media on elections and democracy. In our partnership, Facebook will provide privacy-preserving data access; seven major ideologically and substantively diverse nonprofit foundations will fund the research; and a nonprofit academic association will oversee the peer review process for funding and data access.

Nathaniel Persily is the James B. McClatchy Professor of Law at Stanford Law School, with appointments in the departments of Political Science, Communication, and the Freeman Spogli Institute for International Studies (FSI). Prior to joining Stanford, Professor Persily taught at Columbia and the University of Pennsylvania Law School, and as a visiting professor at Harvard, NYU, Princeton, the University of Amsterdam, and the University of Melbourne. Professor Persily’s scholarship and legal practice focus on American election law or what is sometimes called the “law of democracy,” which addresses issues such as voting rights, political parties, campaign finance, redistricting, and election administration. He has served as a special master or court-appointed expert to craft congressional or legislative districting plans for Georgia, Maryland, Connecticut, New York, North Carolina, and Pennsylvania. He also served as the Senior Research Director for the Presidential Commission on Election Administration.