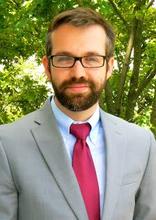 Abstract: Considerable research uncovers fundamental limits to voter competence about parties and candidates, which may undermine their ability to hold incumbents accountable. In this study, I develop novel inference experiments to assess whether these limits extend to voters as ‘blind guessers’, unable to discern differences in electoral messages aired by Democrats and Republicans. The experiments ask respondents to infer candidates’ party from their campaign statements, allowing an analysis of individual and ad-level factors that influence accurate party inferences. I find voters, including the least informed, possess modest competence about partisanship in campaign messaging. Accuracy varies by political knowledge, though only for negative, and not positive ads. I find a major role for elite strategy driving the latter – candidates communicate counter-typical issue statements in promotion ads, diminishing voter ability to correctly attribute party. The study underscores that strategic or ‘crafted talk’ can be an important elite source of voter ignorance even for the most politically informed, raising broader implications for theories of voter competence and blind retrospection in elections.

John A. Henderson is Assistant Professor in the Department of Political Science at Yale University. His research focuses primarily on the consequences of polarization on representation and policymaking in the U.S., as well as the causes of participation and vote choice in congressional and presidential elections.